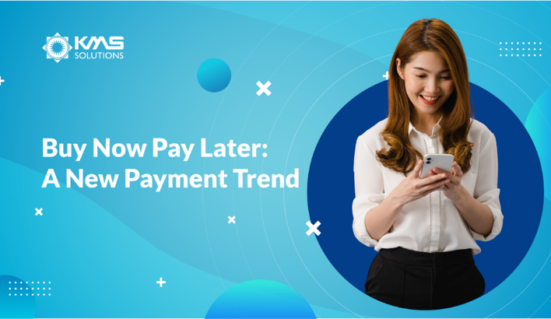 Have you ever thought that one day you can pay for your morning coffee and breakfast with just a simple tap and no cash? Yes, we are living in that period. Modern financial services with the power of digital technology are changing the world.  Buy Now Pay Later is a case in point.

As a revolutionary Digital Banking trend, Buy Now Pay Later is transforming how banks and consumers traditionally approach payment and credit. In this article, let’s dig deeper into how BNPL has become so popular.

1. The emergence of BNPL

2. BNPL’s focus is the young generation

3. Fintech has been leading the game

The Emergence of BNPL

Buy Now Pay Later is changing the way people shop and plan for payment. Over the past decade or so, the financial services community has started talking about Buy Now Pay Later as a new payment revolution. The advent of Covid-19 has been deemed as the major trigger for the hype around Buy Now Pay Later. Now that customer behavior has radically changed due to the pandemic, Buy Now Pay Later became the solution for financial service providers to win customers’ hearts. Now it has moved from a trend to a lasting consumer preference. For consumers, BNPL is increasingly becoming a preferred form of payment, which creates a breath of fresh air for banks investing in this business model.

In March 2021, Commonwealth Bank of Australia launched its own Buy Now Pay Later service, which will be rolled out to eligible customers from mid-2021. CBA claimed that its Buy Now Pay Later platform has no extra fees or costs to businesses and will be available alongside the bank’s existing Klarna BNPL product.

RFi has been tracking awareness and usage of Buy Now Pay Later since its very first day. By evaluating this payment method as a category and brand in markets such as Australia, New Zealand, and the UK, they have developed a detailed picture of how the market is evolving.

The target customers of Buy Now Pay Later are young people aged 25 and under who have a lot of choices in payment. How does this payment trend win the heart of young customers? This generation grew up with the development of technology. They like convenience, speed, and hate traditional credit or lending. Buy Now Pay Later services are usually designed with simple and direct experience for users. Shoppers just need to tap on Pay Later at check out. It will split the total payment into multiple periods (interest-free) instead of requiring customers to pay everything upfront. Depending on the service provider, shoppers can pay back the loan on a monthly, semi-monthly, or weekly basis.

According to PYMNTS research, 87% of consumers from 22 to 44 years old report being interested in monthly installment plans, and BNPL may soon challenge credit cards as a payment method of choice.

Research by Cornerstone Advisors shows that 80% of BNPL users agreed that they always pay their bills on time. It is also reported that most BNPL customers earn more than $75,000 per year and also have their own credit cards. These users are often budget-control and avoid paying interest whenever possible.

FinTech has been leading the game

Let’s look at famous success stories in this field. Klarna, Afterpay, Paypal, and Affirm are using income and payment data from users’ bank accounts and demonstrated that these new methods of determining credit worthiness work.

Obviously, banks have a path into this rapidly growing industry. Banks have relatively large customer data available, the technology, and the ability to offer tailored pricing for these products. What banks need to do is quickly build enough merchant partnerships to compete.

Banks are getting ready for Buy Now Pay Later

Banking services are developed and mature decades ago. However, customer behavior has changed, they need to approach younger customers and they understand that Buy Now Pay Later trend can help. Digital bank plays a special role to make it happen.

Banks have a unique advantage to leverage customer data, enter the Buy Now Pay Later market, and compete with fintech firms. Specifically, for banks whose customers are mainly the young generation and generation Z, ignoring this payment trend means giving up revenue to new-gen fintech companies.

Digital banks have enough capacities in both technology and human resource to create competitive Buy Now Pay Later products with effortless experience that meet customer needs and improve loyalty. Modern financial services must include effortless experience and personalization. Banks totally can do this, too, with the added advantages in the financial industry and reputation for security and fraud-checking.

Obviously, BNPL is a payment trend that will help Digital Banking to grow its customer base, especially the younger segment of the population.

If you want to learn more about how to design a seamless experience for Buy Now Pay Later product and the larger Digital Banking endeavor, read our latest paper “Design Thinking in Digital Banking”

How Banks Can Take Advantage of The BNPL Trend

Stay on top of latest news for Digital Banking